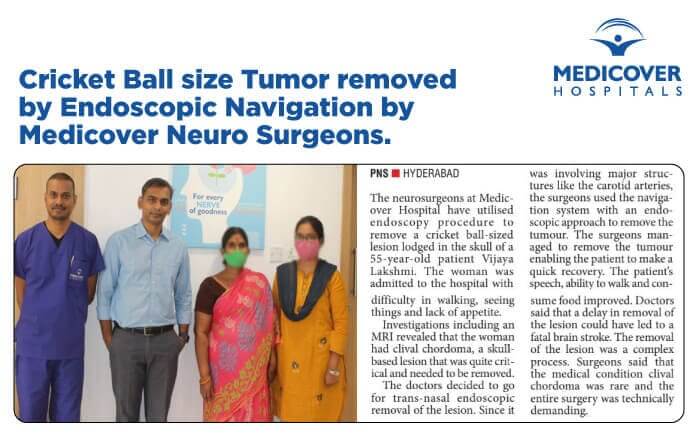 A 55-year old patient, Ms. Vijaya Lakshmi from Telangana reported difficulty in walking, seeing things, and also difficulty in eating food. Whenever she tries to eat food, there is a cough and she is unable to swallow food. Her voice has also changed recently.

The condition of the lesion was quite critical and the doctors decided to go for trans-nasal (through the nose) endoscopic removal of the lesion. Since it was involving major structures like the carotid arteries, the doctors used the navigation system also with an endoscopic approach and the tumor was removed.