What Is The Life Expectancy After A Brain Stroke?

Medicover Hospitals > Blog > Uncategorized > What Is The Life Expectancy After A Brain Stroke? 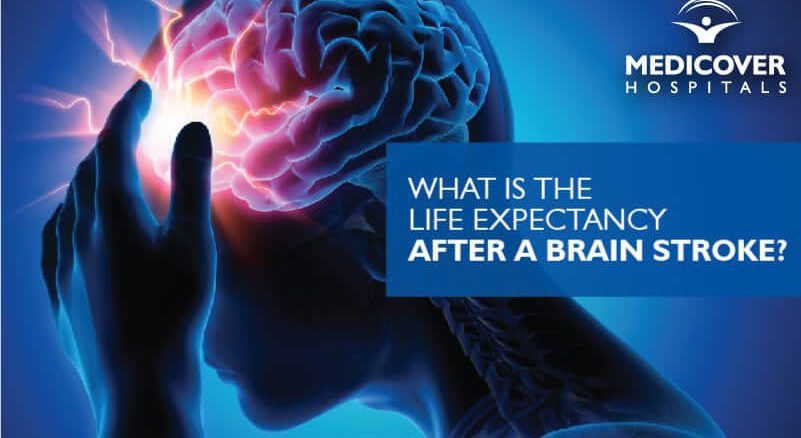 Although the treatment options from the neurologist, including rehabilitation, for stroke survivors have become much more advanced and easily accessible, stroke continues to be among top three leading causes of death, globally. Amongst those who survive, not only is the total rehabilitation a lifelong undertaking, the sad fact is that the total life expectancy of the survivors is can also be affected – a Danish study conducted on over 5000 patients found that the chances of death among those who suffered a stroke in last one year are 5 timeshigher than those who have never suffered a stroke. Even in those who have suffered a stroke more than a year ago, the chances of death remain two times higher than non-patients.

Another study found that as many as 36% patients did not survive beyond the first month. Of the remaining, 60% of patients suffering from an ischemic stroke survived one year, but only 31% made it past the five-year mark. These numbers stood at 38% and 24% respectively for the patients suffering from intracerebral hemorrhage – this indicates that long-term survival rate of intracerebral hemorrhage is better than that of the ischemic stroke. The study also found that younger patients had a higher likelihood of survival, with those under 50having a survival rate of 57%, compared to the 9% survival rate of those over 70%. By the end of the study, more than 70% patients had expired.

This is grim outlook!

Study of long-term survival rates among the younger population – A recent Dutch study focusing specifically on 18 to 50 year olds found that among those who survived past one month mark, the chances of death within twenty years were 27% for those suffered an ischemic stroke, with TIA sufferers coming in second at 25%, which was somewhat surprising given the fact that TIA has only temporary symptoms which go away on their own with a couple of hours. Those with intracerebral hemorrhage had a death rate of almost 14%.

Study of long-term survival rates among the elderly –A recent Canadian study conducted on those who suffered a stroke when they were 61 years or older, found that more than 24%of those aged 80 and above demised during their hospital stays, whereas the corresponding numbers for those in the 70 to 79 age group was around 13%, 9% for those in the 60 to 69age group, and less than 6% for those under 59 years of age.

Not only a lower life expectancy, stroke survivors more often than not also have a lower quality of life, accentuating the need not only for better stroke prevention but also better stroke recuperation. The combined impact of medication, anxiety, impact on earning potential, and the impact on social life can affect the quality of life. Studies have discovered that stroke can essentially decrease patients’ capacity to walk, perform routine tasks, and take care of individual needs, such as bathing, eating, and dressing. Intercessions such as physiotherapy and speech and language therapy can enable patients to recuperate some of their “freedom”. But this recovery will largely depend on whether or not the medical intervention had been provided within 3 to 4 hours of suffering the stroke.

Again, the importance of performing the B.E.F.A.S.T. test (Balance loss; Eye-sight impairment; Face drooping; Arm weakness; Speech difficulty; Time to act) on a person who is showing the symptoms mentioned above, cannot be emphasized enough. If a loved one is high on the risk factors or has failed the B.E.F.A.S.T. test, contact us immediately at +91 7702432111 / +91 9652669351, or send us an email at info@medicoverhospitals.in