Paleo Diet: How to lose weight with Paleo Diet 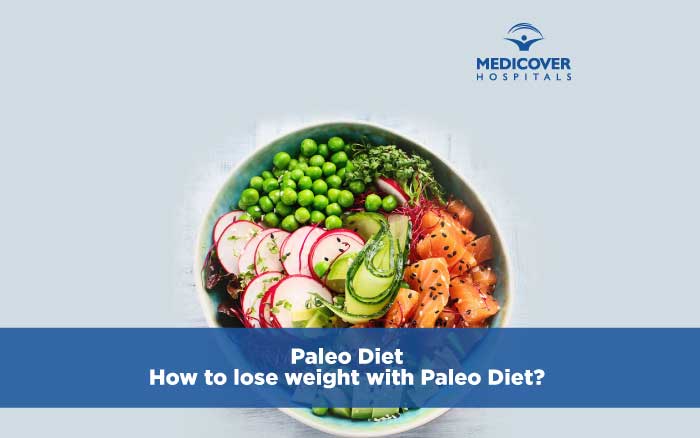 The paleo diet is a high-protein, low-carb eating plan that is based on the supposed diet of early humans. It is based on the belief that these hunter-gatherer ancestors had lower rates of chronic diseases, such as obesity, diabetes, and heart disease, and is said to be attributed to differences in their diet. However, while some claim that the paleo diet can improve health and increase weight loss, others note that it is too restrictive and can be difficult to follow.

What is the Paleo diet?

A paleo diet is a dietary plan based on foods similar to those that might have been eaten during the Paleolithic era, dating from approximately 2.5 million to 10,000 years ago. A paleo diet generally includes lean meats, fish, fruits, vegetables, nuts, and seeds, foods that in the past could be obtained through hunting and gathering. A paleo diet limits the foods that became common when agriculture emerged about 10,000 years ago. These foods include dairy products, legumes, and cereals.

Paleolithic, Stone Age, hunter-gatherer diet, and caveman diet are other terms for a paleo diet.

Benefits of following the Paleo diet

The paleo diet can provide a wide range of benefits for people with diabetes, derived from eating real, natural foods and eliminating processed foods. The most prominent benefit is weight loss, which can be achieved through reduced carbohydrate and sugar intake in the diet.

The paleo diet’s other common advantages include:

The core aspect of a paleo diet is eating raw foods. This generally means that a paleo diet tends to be low in carbohydrates, as it excludes foods like grains that require processing. In combination with cutting out processed foods and avoiding carbohydrate-rich foods that negatively affect your blood sugar levels, the paleo diet can help reduce body fat and consequently lead to weight loss.

Because most paleo foods are relatively low in carbohydrates, there is often less demand on the pancreas to produce insulin.

Several studies have reported that the paleo diet may have benefits for heart health. This is particularly helpful for people with diabetes, as heart disease is one of the most common complications related to diabetes.

Eating low glycemic index (GI) foods as part of a paleo diet means that you will avoid the energy crash that normally occurs shortly after sugary, high GI foods

Too much inflammation in the body can increase the risk of health problems, including type 2 diabetes, but eating low-carbohydrate, low-GI foods, particularly omega-3 fatty acids, can protect against excess inflammation.

Foods on the Paleo diet to eat and avoid

On the paleo diet, you will find fewer processed foods, but you will also need to eliminate all grains, legumes, and most dairy. Here’s a closer look at the eating plan.

Although the paleo diet has not been proven to work, if you want to try this eating plan, you will need to prioritize eating lots of natural foods and natural fats, including these options:

Similarly, any food that was not readily available to Paleolithic humans is prohibited on this diet, Holley explains. That means processed foods, many of which contain added butter, margarine, and sugar, shouldn’t be part of the paleo diet. The same is true of dairy, which may not have been accessible to Paleolithic humans, and legumes, which many diet advocates believe are not easily digestible by the body. Keep in mind that some versions of the paleo diet are less strict than others and allow some dairy or legumes, such as peanuts, Holley says.

The paleo diet encourages the consumption of nutrient-dense whole foods and limits processed foods, which are often high in calories and can contribute to weight gain.

Protein is the most important nutrient for weight loss. It can increase your metabolism, reduce your appetite, and control various hormones that regulate your weight. Paleo diets encourage the consumption of protein-rich foods such as lean meats, fish, and eggs.

The average paleo diet provides between 25% and 35% of calories from protein.

To lose weight, you usually need to reduce your calorie intake. That’s why it’s important to choose foods that fill you up, as they can combat hunger and help you eat less. If you’re struggling with hunger, then a paleo diet might be great for you, as it fills you up incredibly.

The modern diet is one of the main reasons obesity is on the rise. Encourage the consumption of highly processed foods, which are full of calories, low in nutrients, and can increase the risk of many diseases. The paleo diet restricts highly processed foods as they were not available during the Paleolithic time period.

Instead, encourage the consumption of lean sources of protein, fresh fruits and vegetables, and healthy fats, which are lower in calories and rich in nutrients.

Like highly processed foods, eating too much added sugar can be detrimental to your weight loss efforts and your overall health. It adds calories to food and is low in nutrients. Not to mention, high added sugar intake can increase your risk of heart disease and diabetes.

The paleo diet eliminates added sugar and instead promotes the natural sources of sugar from fresh fruits and vegetables.

Although fruits and vegetables have natural sugars, they also provide many essential nutrients like vitamins, fiber, and water, all of which are beneficial for your health

Tips to maximize weight loss with a Paleo diet

If you want to try a paleo diet, here are some tips to help you lose weight:

What to eat on the Paleo diet?
Eat meat, fish, eggs, vegetables, nuts, berries, seeds, herbs, spices, oils, and good fats.
Can I lose weight on the paleo diet
It is well known that following a paleo diet can help you lose weight. It is rich in protein, low in carbohydrates, can reduce appetite, and eliminates highly processed foods and added sugar
Can I eat potatoes on Paleo?
While white potatoes are one of the staples of the Western diet, they are unfortunately not considered paleo.
Can I drink coffee on Paleo?
Coffee is not allowed on a Paleo diet, but one of the biggest benefits of this diet is that it balances blood sugar by providing meals high in protein and fat, so you may not need coffee.
Is Greek Yogurt Paleo Safe?
Dairy products, like Greek yogurt, milk, and cheese, are also good sources of protein. Those on the diet should get calcium from vegetables like broccoli or nut-like almonds. To help Paleo consumers get enough calcium, below is a list of Paleo-approved calcium-rich foods.
Is the Paleo diet safe for health?
A paleo diet can help you lose weight or keep it off. It can also have other beneficial health effects. However, there are no long-term clinical studies on the potential benefits and risks of the diet.