Am I depressed? know yourself How to Recognize Depression

Medicover Hospitals > Blog > Uncategorized > Am I depressed? know yourself How to Recognize Depression

Depression! A term which we heard very often in our daily lives. Many people say that they are depressed even for disappointments.

The word “depression” gained the most popular because of the misconception that it just means feeling sad or down. But do you really think depression is just as simple as that? If you are the one among many who think you feel depressed, then get an idea of what does depression exactly means.

Depression is more than feeling sad or getting disappointed or fed up for a few days. Depression is not a condition of usual mood swings and short-term emotional responses to challenges in everyday life. It is natural to feel down sometimes, but if that low mood persists day after day, it could be a sign of depression. Most of the people go through long periods of feeling down, but when they are depressed, they feel consistently sad for weeks or months, rather than just a few days.

People think depression is trivial and not a genuine health condition. But they are wrong, depression is a real illness. It is not a sign of weakness or a negative personality. It is a major public health problem, especially when long-lasting and with moderate or severe intensity. At its worst, depression can lead to suicide. But the good news is that, with the right treatment and support, most of the people affected by depression can make a full recovery.

Though there are known, effective treatments for depression, only fewer of those affected receive such treatments. The hurdles to the effective treatments include a lack of resources, lack of trained health-care providers, inaccurate assessment and social stigma regarding mental disorders. Most of the people who are depressed are often diagnosed incorrectly and those who do not have the disorder are too often misdiagnosed and prescribed antidepressants.

How to recognize depression?

Depression is much more complicated as people usually think. There are some specific symptoms and signs which help us to determine whether it is depression or just a case of unhappiness or disappointment. Usually, a person is diagnosed with depression when he/she has lost interest in life activities for at least 2 weeks. Some of the other  [ You May Like to Read: Physical And Mental Effects Of Depression ]

There are different types of depression with different symptoms and causes ranging from mild to severe. So, it is helpful to be aware of the conditions and their specific symptoms. Some conditions can be caused due to the events in our lives and some may cause as a result of chemical changes in our brain.

Unipolar depression: Unipolar disorder is also known as major depression or major depressive disorder or clinical disorder. This type of depression mostly involves low mood or loss of interest and pleasure in all areas of a person’s life including work and social relationships as well as other symptoms. Usually, the symptoms are experienced most days and last for at least two weeks. Depression can be described as mild, moderate or severe.

Though the exact cause of depression is unknown, the development of depression is often linked to many other factors. Generally, depression is not associated with one immediate issue or event; but results from a combination of recent events and other long-term issues or personal factors. [ You May Like to Read: Can Yoga Really Help To Cure Depression? ]

The personal factors which may be the cause of developing depression include:

Family history: People who have a family history of depression, are at an increased genetic risk. Some life circumstances and other personal factors also have an important influence.

Personality: People who have a tendency to worry a lot, with low self-esteem, sensitive to personal criticism are at risk of depression.

Medical Illness: Persons coping with a serious illness can lead to depression because of the stress and worry in case of dealing with long-term management and/or chronic pain.

Drug / Alcohol Use: Consumption of alcohol and drugs can both lead to depression. People who use both drugs and alcohol will experience depression at some point in their lives.

While depression can strike anyone at any time, there are several other factors associated with an increased risk for depression:

A Solution for depression:

When one suspects to suffer from depression, the first and foremost thing is to get a mental health examination to rule out physical illness and to have appropriate treatment. If a person is diagnosed with mild depression, he can recover by making some healthy lifestyle changes which include:

The above-mentioned changes in life, can treat mild depressions and prevents the development of depression as well. If diagnosed with moderate or severe depression, the person will be treated with medications and psychological treatments which usually last for a few months. [ You May Like to Read: What Is Crippling Depression ] 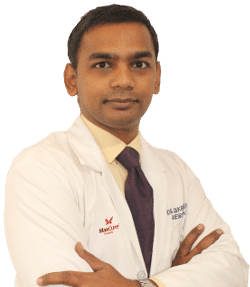