Nose Bleeding in Summer 2020: How to prevent it?

Nose bleeding in Summer? Here are the reasons for the bleeding nose and few tips to prevent nose bleeds…

Are recurring Nosebleeds spoiling your summer vacations? Don’t worry, today you can get some tips which help you to prevent nose bleeds and tips from dealing with them. Nosebleeds occur for many reasons and they indicate a serious medical condition. But they are more common during summers. The hot and dry air during summers can rupture the tiny blood vessels in the nose. This results in nosebleeds and makes people panic.

How to Prevent Nose Bleeds?

With some preventive measures nose bleeds can be avoided. Follow these tips to prevent nose bleeds in summer:

A nosebleed happens when one of the veins in the coating of the nose bursts. Nosebleeds might be caused by contamination, damage, hypersensitive response, nose picking or an article being pushed into the nostril. Another name for nosebleed is epistaxis.

Bleeding from the nose is regular in children and is generally not serious. Consult a doctor if nosebleeds are extreme, frequent or delayed.

7 Steps to Stop a Bleeding Nose

We can’t change the season, but few remedies can help you to deal with nose bleeds. The remedies include:

Medicover Division of ENT is geared to provide the best possible patient care services with cutting edge technology and the best team of doctors. The team of ENT specialists has produced excellent results for some of the most difficult speech and swallowing conditions.

The team begins with performing comprehensive diagnostic assessments to understand the cause and level of all ENT problems. Apart from the common screenings (hearing tests), we offer many other ENT diagnostic tests and surgeries. 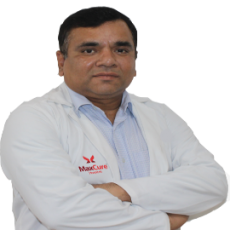