Arrhythmia is also called as an irregular heartbeat or Dysrhythmia. According to the statistics revealed by the CDC  (Centers for Disease Control and prevention), nearly 7.5 lakh people are hospitalized with arrhythmia symptoms and almost 1.3 lakh members die with Arrhythmia every year worldwide.

Here we go with clear information about Arrhythmia.

Arrhythmia refers to an abnormal heart rhythm which may cause the heart to beat too slow, too fast or too irregular. It may occur when the electrical impulses responsible for a heartbeat does not function properly. The average human being heart speed is 60 to 100 beats per minute but if the heartbeat increases to 120 or reduced to 40, then it comes under Arrhythmia. Most heart arrhythmias are harmless, however, some heart arrhythmias can be fatal and can cause a stroke or cardiac arrest. There are many factors that can influence your heart’s rhythm, such as a heart attack, smoking, and stress. However, adopting a heart-healthy lifestyle can reduce the risk of Arrhythmia.

As mentioned above there will be no major symptoms of Arrhythmia, but there are minor symptoms that can be detected at an early stage.

There are some causes which may lead to arrhythmia.

When the human heartbeat crosses over 100 beats per minute then it is called tachycardia.

There are three types of tachycardia.

If the human heartbeat is less than 60 beats per minute, then it is called bradycardia.

The group of cells responsible to generate electrical signals in the heart, when they generate the signals slow compare to regular timings then it is called Sinus bradycardia. 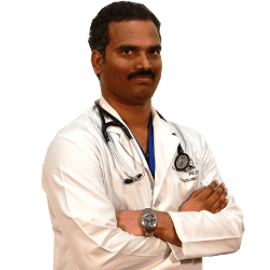